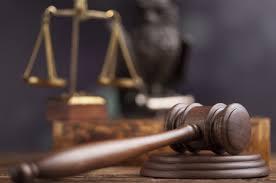 Focus on cheaper index funds, for example, or use target date funds that might be more diversified than the portfolio you cobble together yourself with the investment options you have.

And if that doesn't work, you might suggest to management that they look into a new 401(k) provider who charges less and has a better menu of investments.

But some employees go one step further — taking their employers to court. They allege that their retirement preparedness was compromised because of the company's poor management of their 401(k) plan.

Should you join them?

Emboldened by a Supreme Court win and a string of settlements, employees have filed several new class-action lawsuits against employers. The cases usually center around excessive fees, poor plan designs and alleged conflicts of interest.

"The focus has always been on practices of some plan sponsors that harm workers and retirees and limit their ability to build meaningful retirement wealth," said attorney Jerome Schlichter, whose St. Louis-based law firm represents many plaintiffs in these suits.

Schlichter's firm has been responsible for winning more than $300 million in settlements or awards since the first suit of this type was filed in 2006.

A recent example is a $62 million settlement against aerospace manufacturer Lockheed Martin, the largest of its kind. And last June, the Supreme Court heard a case against public utility Edison International, the first time the court has heard a 401(k) plan case.

Employees argue that because their employers are considered fiduciaries when they offer a 401(k) plan, they've breached that duty by allowing high fees, bad fund choices and conflicts of interest.

Even more cases may follow, reaching into other areas of 401(k) management.

"[Plaintiffs' lawyers] are looking for the next class-action bonanza, and I think it's most likely going to be in the ERISA area," said Marcia Wagner, managing director of the Wagner Law Group of Boston, referring to the Employee Retirement Income Security Act of 1974, which governs 401(k) plans and other retirement savings.

The silver lining — at least for retirement savers — is that the lawsuits and the threat of litigation have helped drive down 401(k) fees, especially at large employers, by calling attention to the issue.

"What you have is attorneys that are advising small companies telling them, 'You'd better get your act together because there is the threat of litigation.'" Schlichter said. "We've seen small- and medium-sized plans [lowering their fees]."

According to BrightScope, a website that rates 401(k) plans, fees have been on a multiyear downward slide. The average plan participant paid a total cost of nearly 1 percent less of assets in 2013, down from over 2.5 percent in some cases in 2009.

To keep fees down, employers have increasingly turned to index strategies with, which track a major index such as the Standard & Poor's 500, since they're usually less expensive than actively managed ones. According to a survey from benefits provider Aon Hewitt, 28 percent of 401(k) plans have recently changed from active to index funds.

Some financial experts also worry that litigation has focused participants' attention too much on fees only. The lowest cost fund may not always be the best option for investors, he said. Some funds — and fund managers — may be worth the cost. Yet employers may bypass them for fear of getting sued.

Some legal experts see a possible new wave of lawsuits against brokers who sell investment products to 401(k) plans and then encourage rollovers into IRAs when employees leave the company. Hence “double dipping” into employees’ retirement accounts. In the process, they collect a commission twice.

"Brokers have been making a lot of money on rollovers," experts have noted. "And the fact that they don't have to do that in the best interest of plan participants has made it worthwhile."

"The regulation is sweeping a lot more people into the fiduciary role," said David Levine, principal at the Groom Law Group in Washington, who works with employers. "That's a lot more intermediaries and service providers that plaintiffs' lawyers could target with lawsuits."

Options and Alternatives to the 401(k)

“Taking an old 401(k) and turning it into a predictable lifetime income source, is kind of like taking an old sow’s ear and turning it into a silk purse.” While I know the former is possible and the latter is not, the very wise man quoted here is not far from the truth. It takes skill and expertise to use qualified money that has potential for loss with no guarantees of predictable income and convert into a lifetime pension that you cannot outlive. WHF is committed to changing the way Americans save and invest their retirement money, one individual and one family at a time. Learn How to create a never taxed retirement income versus an always taxed retirement income. ( If you missed Part 1 outlining how we got into this mess, Click Here.)