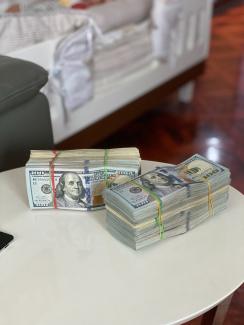 Chances are, 2008's market meltdown did a number on your retirement portfolio. Misery had plenty of company. The year's 401(k) and IRA account summaries have been rolling in, and they don't look pretty: In 2008, employees, on average, lost 14 percent—or about $10,000—of their retirement savings, according to Hewitt Associates. Some lost much more. Fidelity, the nation's largest retirement planning administrator, says the average balance in its customers' accounts dropped $19,000 in 2008. But averages don't tell the whole story. How your retirement account navigated the year's tumultuous market depends on several factors: your portfolio's stock versus bond breakdown, your allocation to other asset classes, the performance of your individual funds, and your account balance. So how did your 401(k) fare compared with investors in the same boat? Here's a look:

Not surprisingly, the market's decline had less of an impact on savers at the low end. On average, those with between $10,000 and $50,000 in their 401(k)'s last year managed to break even. And—here's a surprise—some 401(k) participants actually came out ahead: Investors who had less than $10,000 in their accounts in January 2008 saw their balances increase by an average of 43 percent between then and January 2009. Although the market fell substantially during that period, "new contributions probably more than made up for the account losses," says Jack VanDerhei, research director of the Employee Benefit Research Institute.

There Is No "Safe"

By risk. In 2008, "safe" investing was all relative. Stocks of just about every stripe were crushed. Not even bonds—the most timid of investments—made it out unscathed. As Marilyn Cohen, president and chief executive of Envision Capital Management, a Los Angeles firm that manages bond portfolios for individual investors, puts it: "This crisis is a different story. It's a crisis of confidence. It's a crisis of credit."

In 2008, the average diversified U.S. stock fund fell a whopping 38 percent. Meanwhile, bond funds dropped 8 percent. The bond categories turned out some of the year's most shocking performance, says Russ Kinnel, Morningstar's director of fund research: "It's not unheard of to lose 40 percent in equities—many funds lost more than that in the 2000-02 bear market—but ultra-short bonds losing 8 percent, and short-term bonds losing 4 percent...those were some big surprises."

Aside from Treasuries and leveraged funds, few investments made it into the black in 2008. "In previous down markets, you had concentrated pockets of pain," says Kinnel. "There were areas of strength in the 2000-02 market. Most bond funds did well, and a lot value funds made positive returns. But this year, a lot of investments you think of as conservative actually lost money."

Take target-date funds, one of the most popular choices on 401(k) menus, which contain a mix of stocks and bonds that grows more conservative over time. Funds designed for investors reaching retirement in 2010—which devote the highest allocation to bonds among all target-date funds—lost 22 percent last year, according to Morningstar. At the other end of the spectrum, funds with a target-date range of 2041 to 2045 lost an average of 38 percent, in line with the S&P 500's performance.

By age and job tenure. While some younger savers ended up on top in 2008, the biggest setbacks fell upon older workers. Here's a look at how different age groups fared in 2008:

Age 25-34: Many investors in this age group actually saw their 401(k) balance increase over the past year, because market drops were largely offset by new 401(k) contributions. For workers who have been with their current employer for less than four years, the average account balance actually increased by 25 percent, on average. Again due to increased contributions, not necessarily growth of funds. Meanwhile, those with five to nine years on the job saw their balances rise by an average of 5 percent.

Age 35-44: For workers between these ages, changes in the average 401(k) balance ranged from an 11 percent increase for workers with four years or less on the job, based on increased contributions. But employees with 10 or more years of tenure experienced a 21 percent drop.

Age 45-54: Many of these mid-career employees saw sharp 401(k) declines, ranging from an average loss of 18 percent for those with between five and nine years on the job to 26 percent for workers with a job tenure of 20 to 29 years. Only those with four years or less on the job saw balance increases, by an average of 3 percent, again due to new contributions.

Age 55-64: The recession couldn’t have come at a worse time for employees rapidly approaching retirement age. Changes in balances ranged from a 1 percent gain for people with just a few years on the job to a 25 percent loss for those with 20 years or more. According to VanDerhei’s calculations, baby boomers with 20 to 29 years on the job will have to work an extra year and nine months to boost their portfolio balance to where it was a year ago. As long as they continue to contribute at the same rate prior to the crash. What's more, if people in this group move to more conservative investments, VanDerhei says losses will take longer to recoup—two years and one month. Assuming they continue to contribute and the market cooperates.

Ted Benna, called the "father of the 401(k)," created the first employer-based retirement savings program 30 years ago, but recently told Smart Money magazine he feels like his creation has turned into a "monster."

Benna said the offerings of the modern day 401(k) plan are too complex, too expensive and too risky for the retirement goals of the average investor. "Congress should overhaul the whole system before it turns hurts too many more people."

In the final analysis, it seems the longer an employee participates in the 401(k) the more devastating it is to their retirement savings. It reminds me of some sage advise, "Don't throw good money after bad" and "If you are going the wrong direction, Stop!"

In the next installment of Market Commentary Part 2 of the "401(k) failures," I'll cover the logical next step frustrated employees have taken against their employers. To learn more about your options to protect and grow your money, never losing in a down market and creating your own lifetime pension, Click Here.

White Horse Financial offers Services and Products such as financial planning, retirement planning, estate planning, and life insurance that your mutual fund manager and stock broker cannot and will not. Below is our contact information if you have questions that need answers to before or during retirement. We want to be your trusted financial planner and serve families in Fayetteville, Greensboro, Wilmington, Oak Ridge, Porters Neck, Summerfield, Holly Springs, Pinehurst, Morrisville, Royal Pines, Apex, Marvin, Cary, and throughout North Carolina.