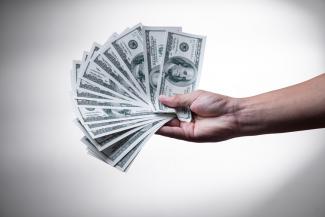 Lies You've Been Told about Money

Have you ever heard your stock broker or mutual fund manager say any of these and wonder why you still have that broker or MF manager?

4) Buy a good solid mutual fund that has a 12% average rate of return.

5) 401(k)s are great for the small to middle investor, right? The government created it and the IRS makes all the rules, what could possibly go wrong?

These are a small sampling of the common sayings about money that just aren't true. What's worse is you typically hear them from financial gurus and entertainers on TV.  Let's breakdown each of these, one by one to separate the Truth from the Lies:

1) Buy, hold and hope. Truth: hope is not a financial strategy. Hoping the market only goes up is like playing Russian Roulette with 3 rounds in a 6 round cylinder. You have a 50% chance of losing. Not good.

4) Buy a good solid mutual fund that has a 12% average rate of return. Truth: there is no such MF in the history of MFs. Some financial coaches will preach this to the folks that will listen. Funny thing is they never tell you what those mutual funds are that have the 12% average ROR.  12% rate of return, hmm so how did those elusive and secretive mutual funds do during 2008 when the market dropped nearly 40%?  So, how are those MFs working for you now, coach?

5) 401(k)s; the  Federal government's solution to disappearing pensions. Putting all your retirement savings in a vehicle created by the Federal government, so you can delay taxes to a later date, sometime in the future, utilizing a tax code that is control by the IRS.  First you need to ask yourself a couple of important questions:

A) Do you think taxes are going to be higher or lower in the future? Truth: no ones knows. If you're in a lower tax bracket, it means you're making less money.

B) Do you trust a government that is over $19 trillion dollars in debt to keep their hands off of your 401(k) or IRA? Currently Americans have about $19 trillion saved in those government sponsored plans, funny how those numbers worked out.

If any of this sounds familiar, it should. Because it's heard around the water cooler, backyard barbecues, offices and even churches, everyday all across America. It's our mission at WHF to change the way Americans save and invest for retirement, one family, one individual at a time. We aim to bring clarity to your financial picture that's based on tried and true historical facts and data, not reasonable guesses, not sincere hope and certainly not the government. Learn More Here: Contractual guarantees and real world commonsense planning.